Our History: EODA was formed in 1990 with thirteen counties participating. Samuel Speck, formerly Muskingum College president and director of the Ohio Department of Natural Resources, was founding president of the organization.

Our Mission: EODA, through the cooperation of its 16 member counties, will promote the economic growth of the region.

Our Membership: Both organizations and individuals from the sixteen member counties comprise the EODA membership. Each member county has two representatives — one
each from the public and private sectors. Also serving on the board of directors are Local
Development Districts, OMEGA and BH-HVRDD. 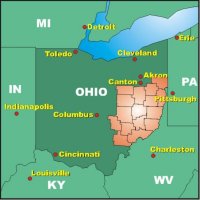